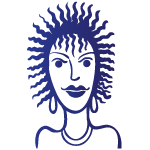 During the planning process of the construction of my home, I was asked what energy source I wanted to power my heating and cooling system. Did I want to go with electric, gas, propane or oil to run the furnace? I had to spend some time doing some research to learn what would be the most efficient monthly and in the long run. My blog contains everything that I learned about the different methods of heating the home. You will find out what equipment will cost, what it costs to maintain the equipment and the average cost of heating a home for a season using each source.

A gas furnace can't function properly without a working pilot light. Troubleshooting the issues is necessary if your furnace suffers a pilot light failure.

The pilot assembly is relatively straightforward. It consists of the fuel line that delivers the gas and the fuel valve where the light burns. The pilot itself is controlled by a thermocouple, which is a safety device that shuts off the fuel if the pilot light goes out. There are usually draft shields installed around the pilot assembly.

Modern furnaces also have a push-button igniter, which allows you to more easily light the pilot light in the event it goes out. When your furnace fires on, the gas from the valve is delivered to the burner where it is used to produce the heat that will then be delivered throughout your home.

Issues that impact the pilot light specifically typically originate from the gas valve, the thermocouple, or the draft shields. If the gas valve is dirty, then insufficient gas can make its way out and the pilot light may flicker, burn cool, or go out. A cool burning pilot light or one that is not fully combusting will appear orange or yellow instead of blue or white. Drafts due to too much airflow or air leaks around the furnace may also cause the pilot to flicker or go out completely.

The thermocouple is the other part that is likely to fail. If the sensor in the device doesn't work properly, then it may shut down the pilot light even if the gas is flowing and igniting properly. When this happens you can usually ignite the gas, but it will go out and require relighting following each furnace cycle.

The great news is that nearly all issues with the pilot assembly can be repaired without any need for a furnace replacement. Clogged valves will require cleaning or replacement, depending on the condition of the valve and the source of the clog. Air leaks may require sealing, or you may need to install additional draft guards around the pilot light.

Failed or malfunctioning thermocouples typically can't be repaired. Instead, you can easily have the device replaced with a working thermocouple. After the repairs, your technician will test the pilot light and run the furnace through a few cycles to make sure everything is working properly.

Don't delay. Contact a furnace repair service in your area if you are dealing with pilot light issues.